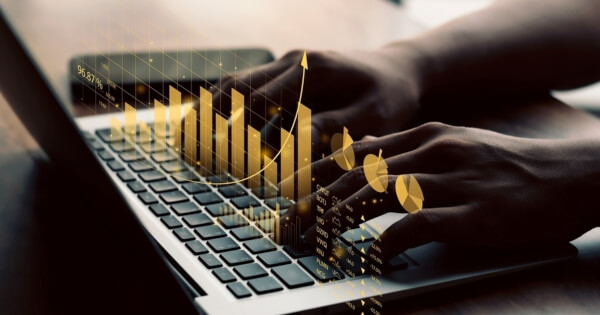 Bitcoin (BTC) accounted for the lion’s share of these outflows with 11 million outflows, driving a 4-week streak of outflows throughout August.

However, declining Bitcoin short positions reached a record short inflow of $18 million, bringing total assets under management to an all-time high of $158 million.

Altcoins had small inflows, notably Solana and Avalanche, which each had a combined inflow of $500,000. 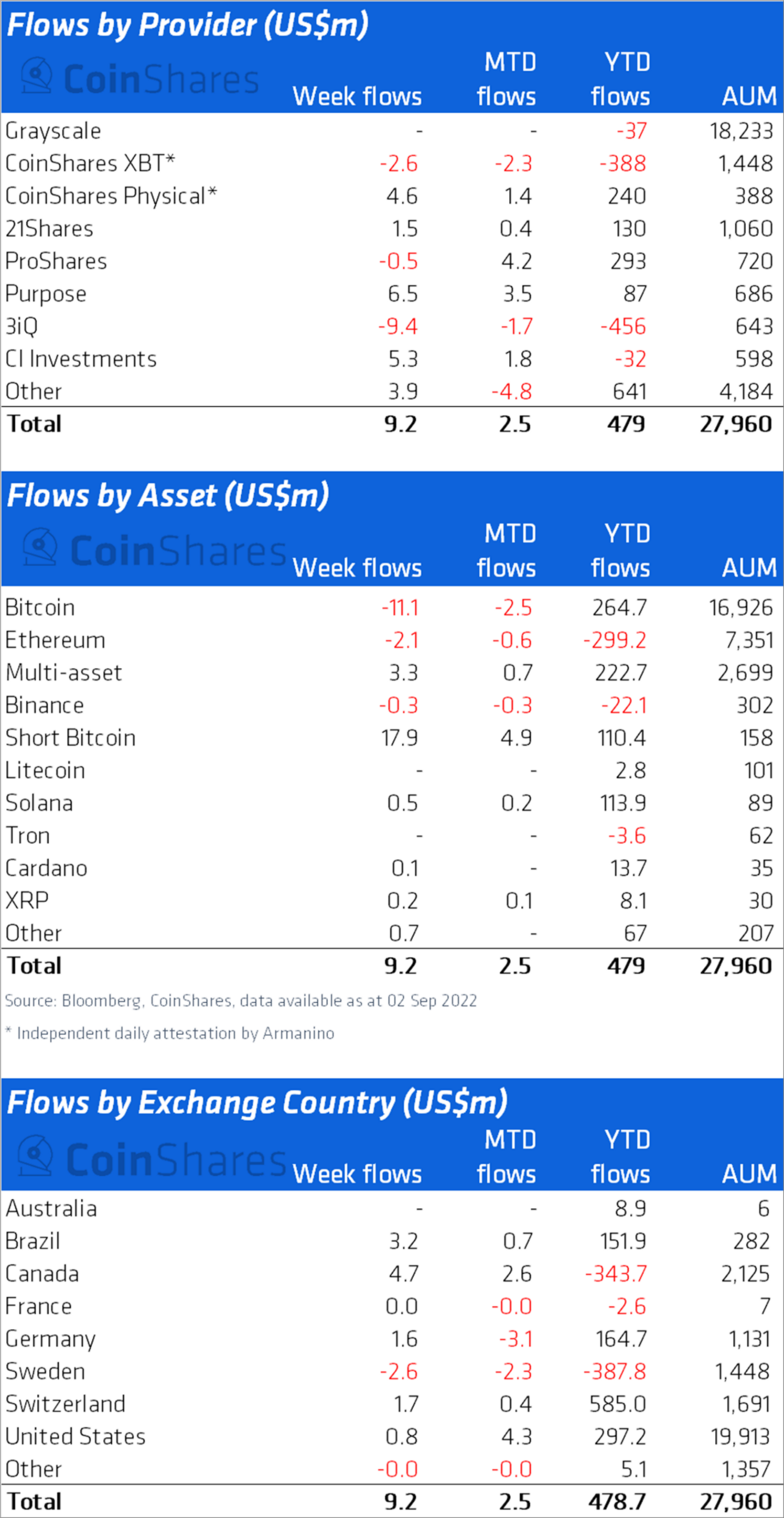 Coinshares statistics show that capital inflows are distributed across regions. Canada’s inflows totalled $4.7 million, while the U.S.’s total inflows of $0.8 million were only a fraction.

Corresponding capital outflows from other regions are not particularly large. Brazil, Switzerland, and Germany saw total inflows of $3.2 million, $1.7 million, and $1.6 million, respectively.

According to a report by CoinShares investment strategist James Butterfill:

“In a similar fashion to last week, this week saw multi-year low weekly trading volumes totalling US$915m. Recent price declines have pushed down total assets under management (AuM) to $27.9 billion, their lowest point since early July this year, having begun the year at $64 billion. “